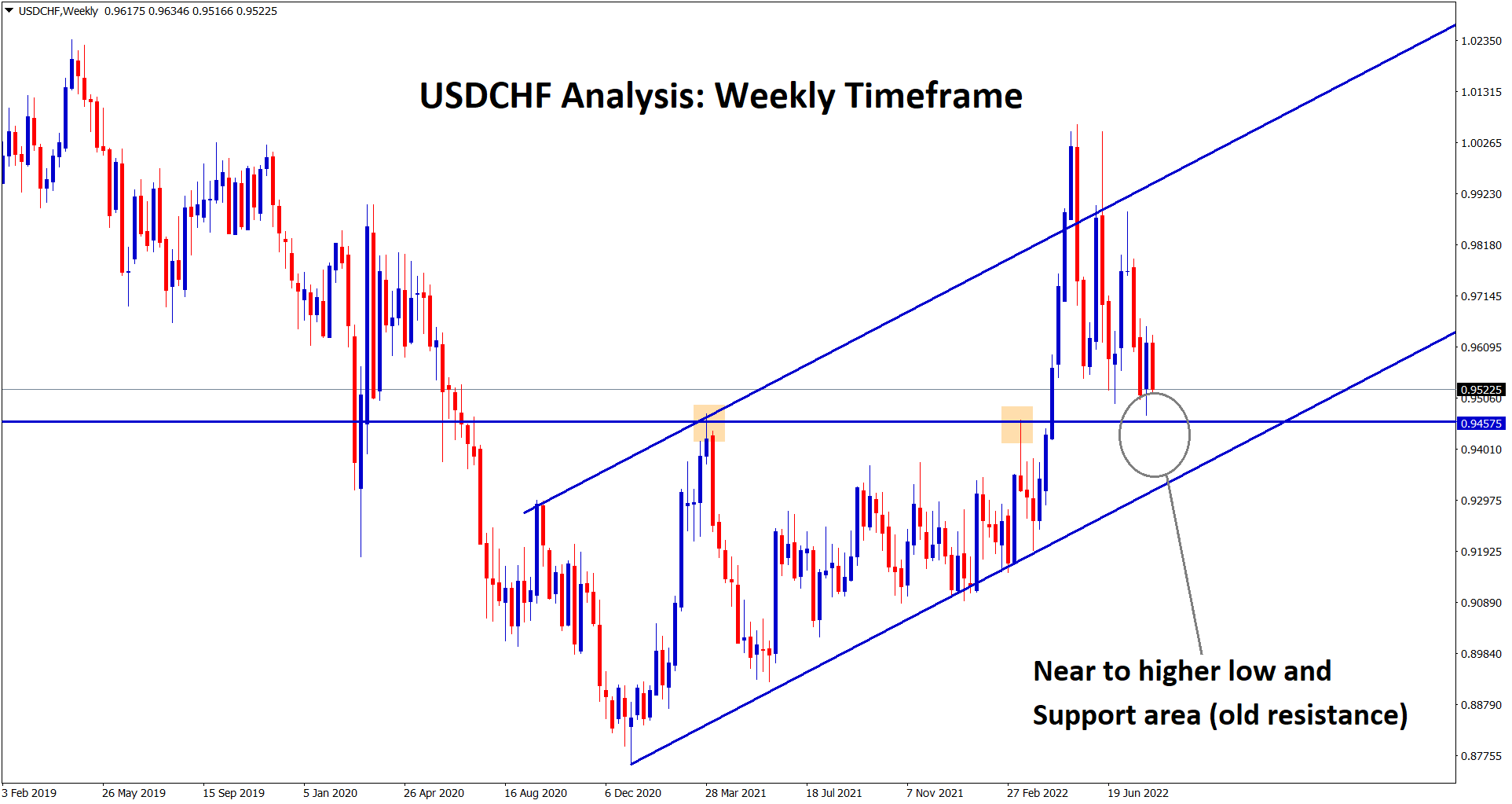 USDCHF is near to the higher low area of the uptrend line and the horizontal support area (old resistance = new support).

USDCHF has reached the higher low area of the Ascending channel in the 1-hour timeframe chart.

After the confirmation of the Upward movement, USDCHF Buy signal given. 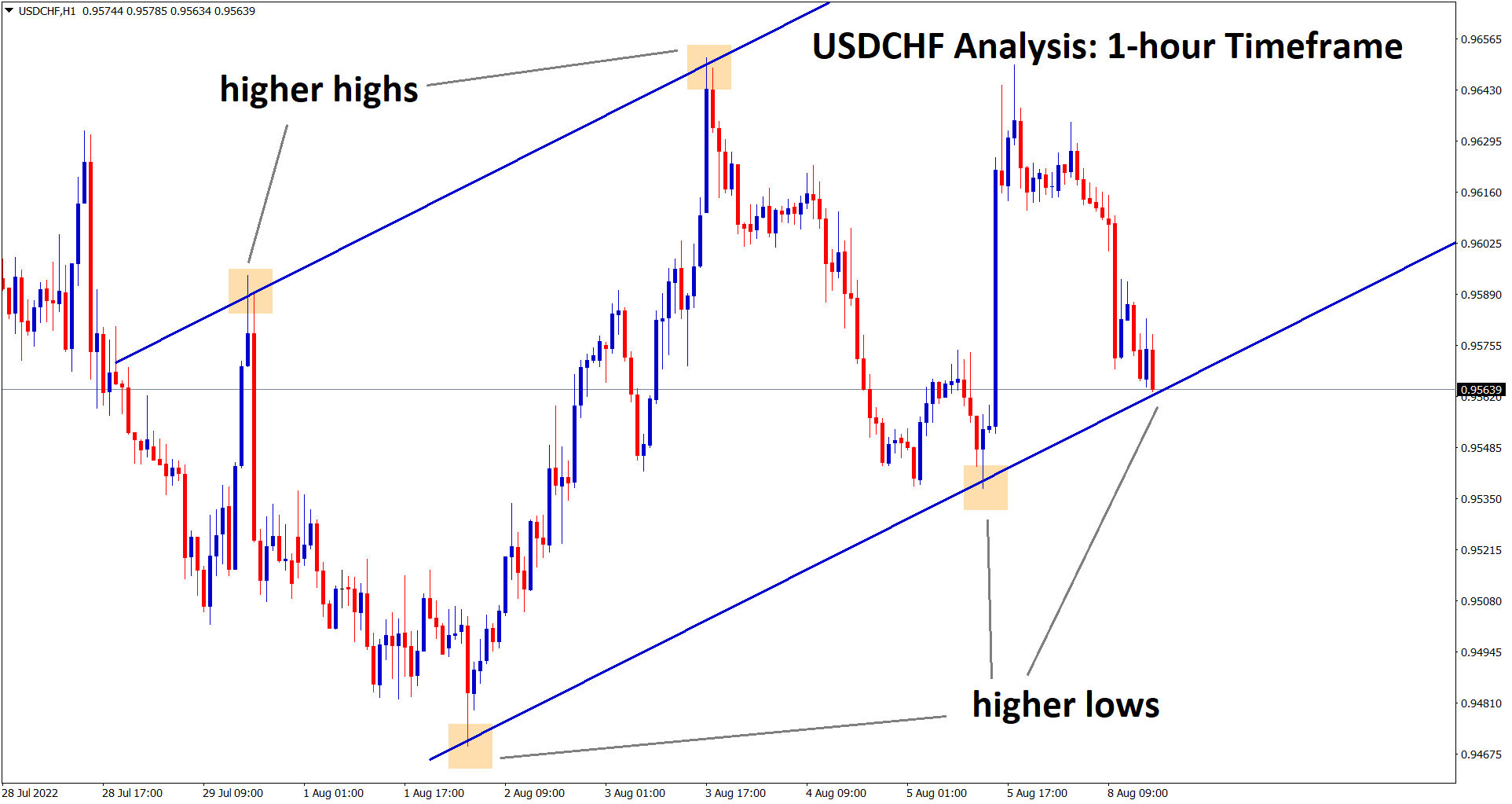 USDCHF has broken and retested the ascending channel in the 1-hour timeframe chart which leads to the SL price. But USDCHF is still consolidating near to the low level in the higher timeframe chart.

Don’t trade all the time, trade forex only at the confirmed trade setups.

Get Free Forex Signals now on !